The Universitat de Barcelona, founded in 1450, is a comprehensive higher education institution that presents a deep-rooted academic tradition coupled with a vigorous research activity that ranked it as one of the first scientific universities in the country.

It is located in the city of Barcelona, one of the main cosmopolitan hubs in the Mediterranean and indeed in Europe. The University of Barcelona’s sixteen centres, clustered into six main campuses, are spread over the city and completely integrated into the urban life. 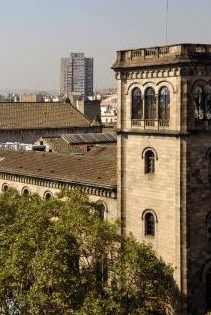