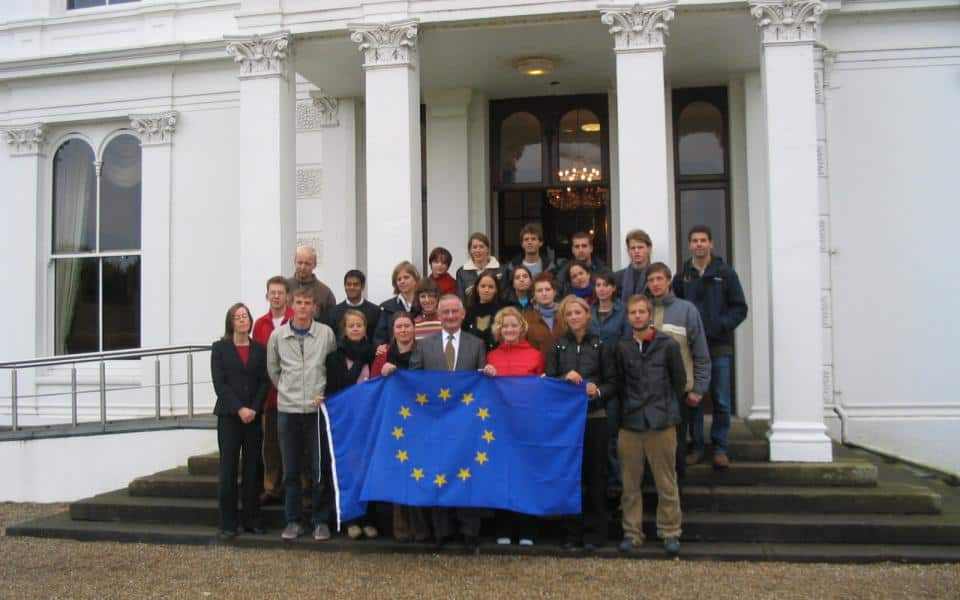 The Tour d’Europe allowed one student from each member university to visit eleven EUF campuses.

It marked the beginning of the Club d’Europe.

The “Tour d’Europe” was devised as a special initiative for students of the participating universities who, after a selection process by each of the members of the network, visited eleven EUF universities in September and October 2003.

The main purpose of the Tour was to draw attention to the Campus Europae initiative and allow students to gather information about the institutions they visited, information which would later be passed on to prospective exchange students.

The Tour was an immense success. Students’ impressions and evaluations were compiled and they set the beginning of the engagement of students in the EUF by creating the Student Council (later rebranded Club d’Europe).

A second Tour d’Europe took place in October 2005 and students from all member universities had the opportunity to visit the members of the EUF network.