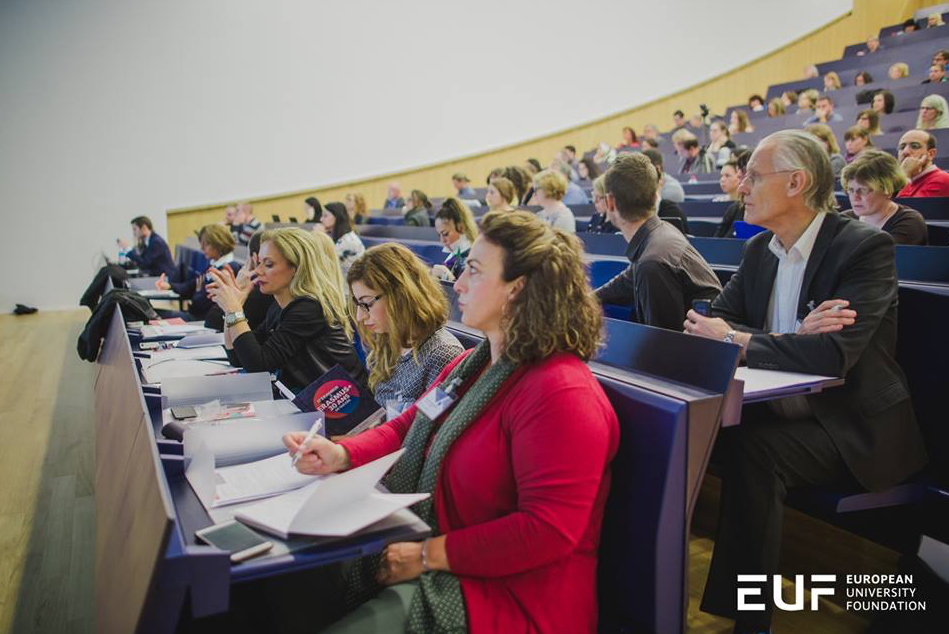 
After three successful iterations of OLA Erasmus+ KA2 projects, the OLA 3.0 project came to an end during its final conference on the 31st of May in what was a celebration of the work done in all three projects and the impact they had on the Higher Education community at large; closing reports have subsequently been completed as of the 31stof July.

Not only is the OLA platform the reference implementation of the LAs in digital form via the Erasmus Without Paper Network, but at the time of the KA2 project finalisation, over 80% of all Higher Education Institutions (HEIs) that are connected to EWP to manage digital LAs do so via the OLA platform, demonstrating its usefulness, success and attractiveness.

The first milestone on the project’s path has been the release of the enhanced OLA platform in October 2020 with a redesigned front-end, to improve usability, and a renewed backend to make it more scalable and ready to welcome an ever-growing number of users and Learning Agreements. The platform now supports not one but three diverse tracks of Learning Agreements:

This also made it possible to reach the threshold of 200,000 Learning Agreements created before the end of the project, far surpassing the most positive expectations and clearly showcasing its impact.

After the update in autumn 2020, the OLA 3.0 reached another milestone in June 2021, when the OLA platform was fully integrated with the Erasmus Without Paper Network. This was a real seismic change, since it gave students and International Relations Officers (IROs) the opportunity to exchange Learning Agreements with any other system connected to EWP. Once the initial adjustment period passed, this change had a profound impact on the usage of the OLA platform, leading to its adoption by hundreds of other higher education institutions and making it by far the largest node in the EWP Network by number of institutions represented.

The closing conference in May 2022 coincided with the release of the Transcript of Records (ToR) and course catalogue functionalities. During the event, the colleagues from the Aristotle University of Thessaloniki demonstrated the new features showing a step-by-step illustration on how IROs will be able to issue ToR document through the EWP Dashboard. The course catalogue lookup feature that was initially showcased in the OLA+ project has also been extensively improved and is now available in the revamped OLA 3.0 platform. Practically speaking, this means that when students fill in their OLA they see a dropdown list of courses available at the sending and/or receiving institution, which is generated from the Open Course Catalogue API (technical documentation to deploy the API can be found here; the same API also enables the usage of the tools developed by the NORM project). This was one of the most requested features the consortium received feedback about, and it amounts to a big step forward in improving usability and decreasing manual input errors.

The evolution of the OLA platform happened side-by-side with bold steps forward in the digitalisation of the Erasmus+ programme on the part of the European Commission, which made it necessary to closely collaborate with DG EAC in the design and blueprinting of core features introduced with the templates for the current programme period (2021-2027). Among these, the implementation of the automatic recognition proved particularly challenging from a user-experience and development perspective, involving several focus groups with HEIs.

Moving forward with the OLA 3.0 and bringing its functionalities to a larger audience also meant having to consider additional requirements put in place by GDPR regulations: to this end, and to maintain the highest standards of security and safety of the data of thousands of students, the consortium also carried out an in-depth analysis of the relevant GDPR prescriptions, informing both the ongoing development as well as the blueprinting of new functionalities to come.

Building on the feedback from the previous project iterations, the dissemination activities were intended to have diverse set of formats of knowledge-exchange, training and community-building but unfortunately this was not always possible given the unexpected circumstances of the Covid-19 pandemic and a new strategy had to be devised. With all dissemination activities online, the Erasmus Goes Digital conference held in November 2020 served as a platform for the announcement of the revamped OLA platform. More than 1500 people followed the event which also included a presentation by the DG EAC about the timeline of the digitalisation efforts in the context of the European Student Card Initiative.

During the course of the project, the consortium held three training/workshop rounds, each composed of four 1,5-hour long sessions. The topics covered span from the first steps in the OLA system to more advanced features, showcasing the students’ perspective as well as the processes put in place by some partner institutions. These trainings have seen an average attendance of more than a hundred people per session, leading the team to switch to a webinar format for two of them, reaching more than 600 people each. Along these live activities, the consortium constantly worked on an update and production of learning materials shared on the Competence Centre and video tutorials published on YouTube. While the former were mostly targeted to IROs, video tutorials were created both for IROs using the Dashboard and for students using the OLA platform, achieving a total count of over 30,000 views.

The project consortium worked closely together when blueprinting future functionalities. More specifically, the Erasmus Student Network led the analysis of Learning Agreements for Traineeships and the University of Bergen for the International Credit Mobility, while the University of Luxembourg facilitated the analysis of digitising non-Erasmus exchanges. Although these features could not be implemented in the frame of this project, the partners collaborated with the technical team at the Aristotle University of Thessaloniki to anticipate their future technical development.

Regarding the Online Learning Agreement for Traineeships that had to be discontinued during the OLA 3.0 project’s lifetime – more student-led insights on how it could be reintroduced in the revamped OLA infrastructure can be found during the closing conference presentations.

All in all, the know-how on enacting digital Learning Agreement exchanges amounts to a powerful starting point to understand how other Erasmus processes could be best digitalised. The OLA project success is indebted to the synergies established with EWP and MyAcademicID, showing that defining new flows, processes and templates is one of several key aspects required to successfully enable a digital transition. As we move towards digitalising ICM and non-Erasmus flows involving students and institutions from partner countries, the reliable identification, authentication and issuance of credentials will be the cornerstone of smooth and fit for purpose new functionalities.

The Aristotle University of Thessaloniki team was also tasked with an in-depth feasibility study regarding the implementation of a blockchain based system for OLA. Ultimately, this study highlighted the presence of a trusted party, i.e., HEIs, which made the need for a blockchain approach much less acute, although it did stress its possible usefulness in eliminating backup requirements due to the intrinsic duplication of data. The final recommendation of the report was then for a private blockchain network spanning across all involved institutions, a proposal that was presented live during the first Erasmus Goes Digital conference.

A Thank You Note

Lastly, the consortia wish to put forward a warm thanks to the Luxembourg National Agency Anefore for their continued support of the OLA idea and its execution over the last seven years. With EU projects usually being given 2-3 years to make their mark we hope to have contributed for a conversation on the importance of long-term thinking and sustained actions. Such continued support was also essential to avoid the start-stop nature of most EU funded projects, which inevitably leads to squandered knowledge and opportunities.

To close on a high note, it’s clear that the OLA 3.0 punched above its weight as a Key Action 2 project and its conclusion does not mean the end of the OLA system. To the contrary, the OLA 3.0 consortium is very happy to confirm that this work will be integrated and continued in the European Student Card Initiative. This should not only ensure the continued existence of the system and its adequate maintenance but also pave the way for its continuous improvement and growing functionalities to serve the Higher Education community for years to come!