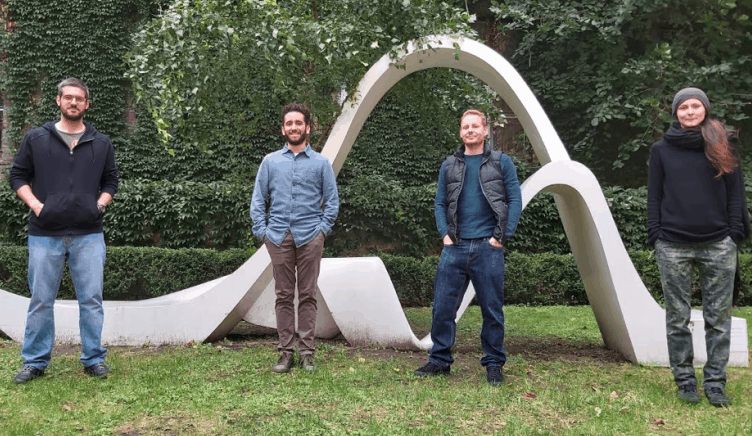 Meet our new IT team!


From left to right: Tiago, Damiano, Gabor and Fanni

In August and September, we welcomed four new colleagues to the EUF team. With Jeroen van Lent, the EUF’s IT Project Officer, they will work on paramount digital projects such as the Erasmus+ App, MyAcademicID and the Online Learning Agreement, among other initiatives related to student and staff mobility. They say hello!

Gabor Grosz started working at the EUF as a Back-end Developer. Previously, he worked for a well-known, small Hungarian software development company as a web developer/web mapper, GIS engineer. Now entering the world of NGOs, he is enthusiastic to work for the cause of improving university cooperation and aiding international student mobility in the EU.

Tiago Simões has worked closely with the EUF since late 2013, building websites and applications for different projects. His journey with the EUF dates back to the Campus Europae days, first as a student on mobility and then as a student representative. He has now joined the IT team as a Back-end Developer and looks forward to contributing to the digitalisation of Higher Education in Europe.

Damiano Fossa is a Front-end Developer who has previously worked as a freelance web developer in Italy where he built corporate websites and platforms for small and medium companies in the hospitality and e-learning industry both for Italian and foreign clients. He worked with T-Mobile and organisations such as EIT Digital Alumni.

Fanni Takacs was the first to join the IT team in August. It is her first job as a Front-end developer, and she is excited to work on international higher education projects and eager to learn a lot of new things.