The European University Foundation (EUF) is based on a proposal of former German Chancellor Helmut Kohl, who wanted to give a new impulse to education in the European Union during the German presidency of the first half of 1999. 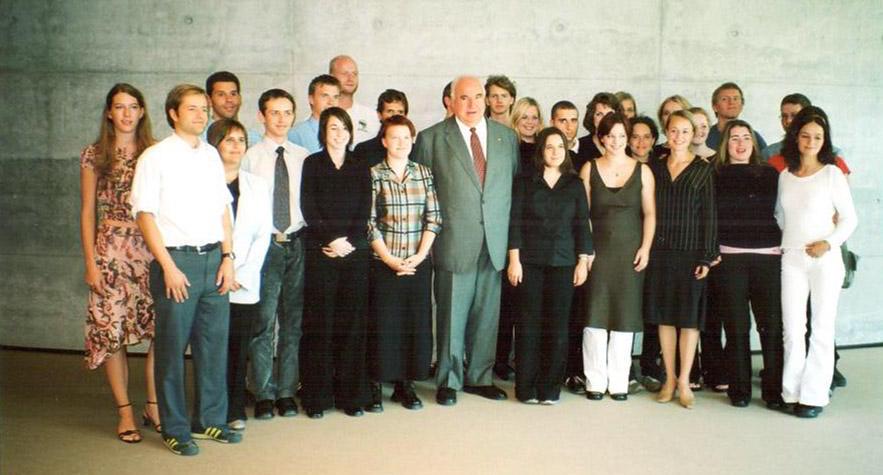 Helmut Kohl in a meeting with student representatives from member universities

The European University Foundation (EUF) is based on a proposal of former German Chancellor Helmut Kohl, who wanted to give a new impulse to education in the European Union during the German presidency of the first half of 1999.

However, the events in Kosovo during 1999 led to other political priorities being placed on the European Union agenda, with the result that in early 2000 the government of the Grand Duchy of Luxembourg was asked to assume patronage of the project. In May 2000, Prime Minister Jean-Claude Juncker announced the initiative as an official Luxemburg project during his inaugural speech. A memorandum, prepared by Dr. Schily, Prof. Dierkes, former Senator Christa Thoben, the Managing Director of the Bucerius Law School Hamburg Jürgen Bühring, former Undersecretary Dr. Christoph Ehmann, and former director of Deutsche Bank Luxemburg, Dr. Ekkehard Stork, was distributed in early 2000. It recommended the creation of a university association: “Campus Europae”. 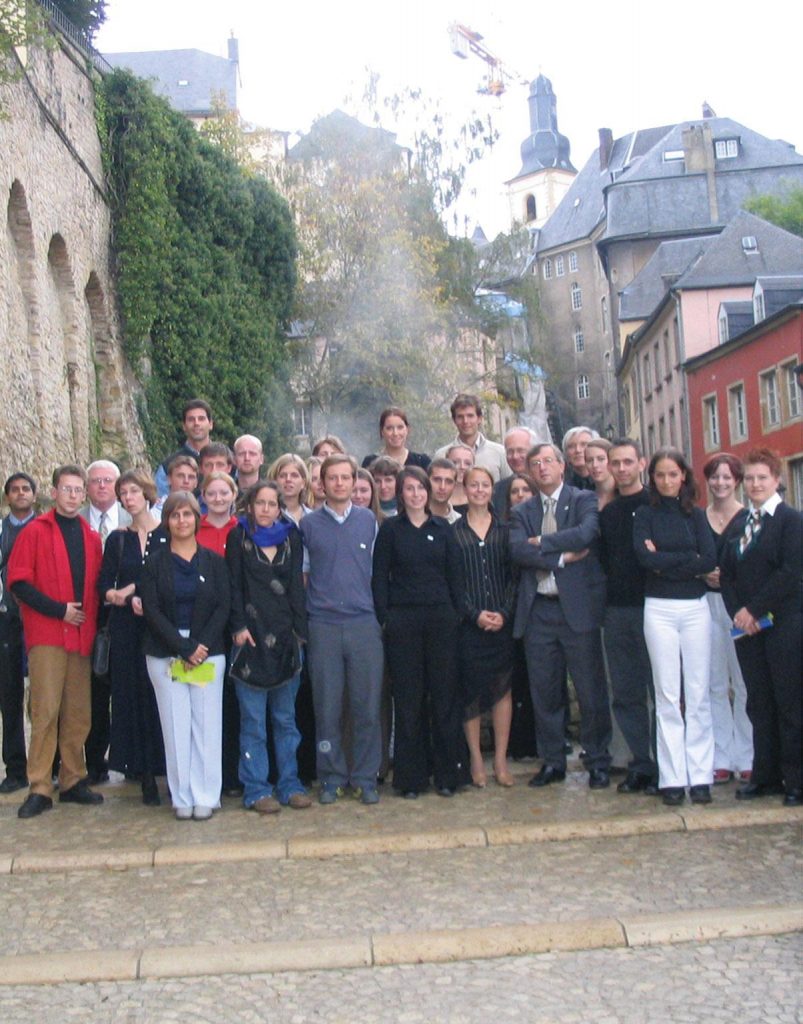 It substantiated the concept of close integration of European university systems, a process initiated in 1999 by European education ministers within the framework of the Bologna process. This memorandum described in detail the steps towards a co-operation between universities in the network, the changes to be achieved, together with the procedures for the implementation of the project.

Under the patronage of Prime Minister Jean Claude Juncker and Science Minister Erna Hennicot-Schoepges, the project was launched with a conference on 20/21 June 2001 in Luxemburg, which was attended both by representatives from governments as well as universities. This launching conference resulted in a significant change of perspective of crucial importance. The original idea was that both governments and universities would jointly work towards the development of Campus Europae (CE). Even though the discussion at the conference showed that this route was blocked by a multitude of formal and ideological obstacles, the universities in attendance decided to undertake the project fully exploiting their own decision-making autonomy.

The universities willing to undertake further cooperation agreed on the following closing communiqué:

“The university representatives agree to examine the establishment of a consortium consisting of universities committed to excellence in research and learning. Therefore, the university representatives agree to consider and to examine the establishment of the European University Foundation as an organisational platform for the cooperating universities. The European University Foundation will be the coordinating framework; it serves to create conditions that are necessary for the successful cooperation between the member universities; this framework contributes to greater self-governance and a strategic vision. The main purpose of the consortium is to create a field of experimentation generating exemplary experiences, which would then feed into the process of establishing a network of higher education in Europe. The consortium mainly aims at allowing students to gather multi-various experiences in at least two participating universities in two different countries as well as to efficiently pursue their studies. This should ultimately lead to the creation of a Campus Europae (CE) label. Close cooperation and effective coordination between universities is thus required.”

The participating universities decided therefore to form the association with the interested universities, to fully exploit their own decision-making possibilities and to include governments only in isolated cases. Between 1998 and 2003, the EUF was funded by the Quandt Foundation, the Allianz Kulturstiftung, the Volkswagen Foundation and by a grant of the media entrepreneur Leo Kirch. The government of the Grand Duchy of Luxemburg hosted all the conferences before it took over the financing of the project in 2004, and provided the secretariat with a venue in the Château de Munsbach, close to the capital of the Grand Duchy.

Following the 2001 launching conference, seven expert groups gathering professors from all participating universities undertook pilot projects in the areas of humanities, natural sciences, teacher training, medicine, business, law and engineering. The main objective of these working groups was to investigate in which way mobility solutions could be developed to systematically foster student exchange across the network.

Academic cooperation quickly became the heart and soul of the EUF and over time the workgroups developed into Subject Committees, which until 2014 were the organ which provides the framework for intensive academic cooperation and is charged with setting up ex-ante recognition mechanisms. 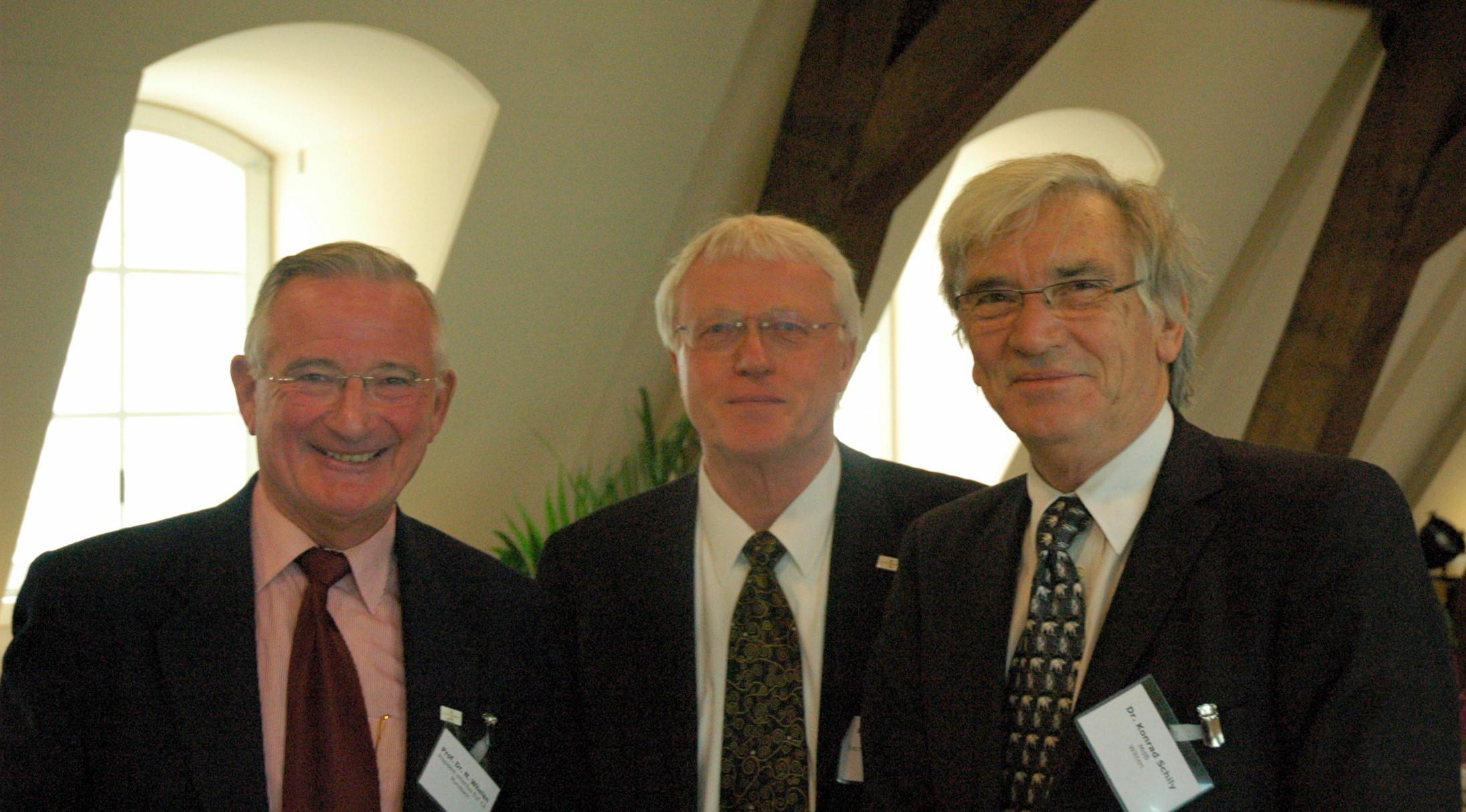 At the end of 2003, the Rectors’ Council elected the first President and Secretary General, respectively Prof. Noel Whelan and Prof. Christoph Ehmann.

The year 2004 was poised to be a pivotal year for the EUF. Alongside with the first experimental student exchanges, the definitive installation of the Secretariat in the Grand Duchy of Luxemburg was completed.

In the same year, the important role students play in rendering mobility a natural experience in all academic careers, led to the constitution of the Student Council, later renamed Club d’Europe. Consisting of student representatives of each member universities, it is an integral part of the network. 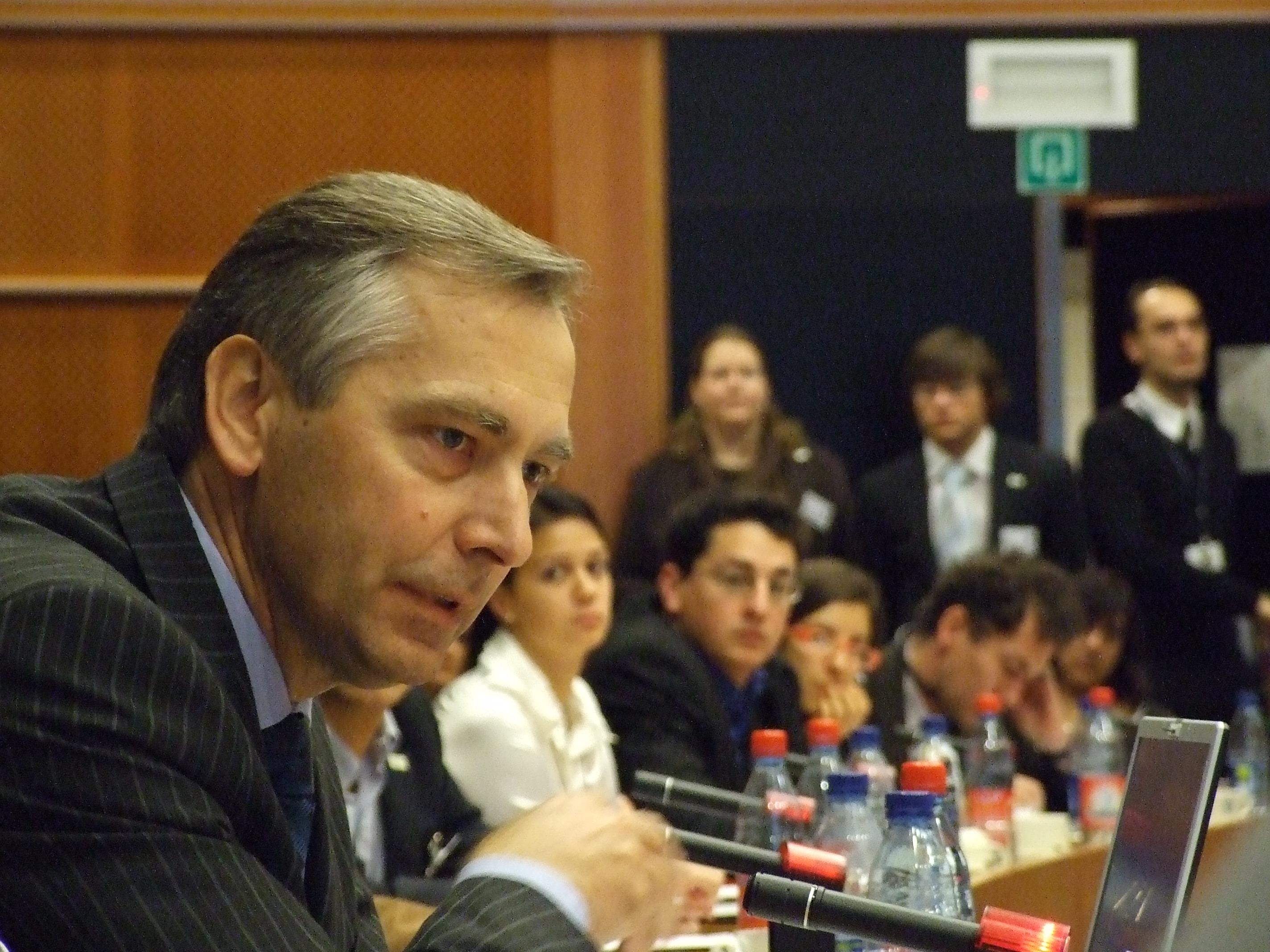 Prof. Noel Whelan’s four-year-long mandate attained remarkable successes in consolidating and strengthening the network, which launched its first 13 joint study programmes, brought to fruition to an excess of about 300 students. During his presidency, the additional projects “Bologna meets Lisbon”, which combines studying and working whilst abroad, and the “CE-Bursary”, offering a possibility for financing the second year abroad, were developed.

In October 2007, Prof. Estela Pereira succeeded Prof. Whelan. Two months later the Charta of the European University Foundation – Campus Europae was signed by the member universities and came into force on the 28th of January 2008 by decree of the Grand Duke of Luxembourg, Henri.

The intensive and innovative policy experiments carried out by the Foundation during its first decade of activity have been recognised when many of the ideas and proposals it pioneered were embedded in the design of the new Erasmus+ programme. Chief among them is the possibility to study abroad for two full academic years; other ideas that can be traced back to the work of the Foundation are the deployment of online language courses prior to the beginning of the mobility, stronger quality provisions regarding the recognition of ECTS and a more inclusive approach towards exchanges with partner countries.

During the mandate of EUF President Prof. António Ferrari, in 2015, the Board of Directors decided to broaden the focus of the Foundation beyond the Campus Europae project, paving the way to the current configuration and remit of the European University Foundation.